available as eBooks and trade paperbacks  •  click on image to purchase

There are also a couple ghost stories, a maniac story, the gold bug of Jean Lafitte, a man with moon hands and a future-cop story with a guy named Max.

Chronicles the life of a police officer from his days as a patrolman to a homicide detective back to his childhood when he caught his first killer at age eight.

The LaStanza characters are all here: Bob Mason, Mark Land, Jodie Kintyre, Paul Snowood, Felicity Jones and Stan the Man Smith (the world’s greatest patrolman ever - just ask him). There are also women LaStanza will never forget from Xanthe to Cora, Regina, Guinnevere, Gabrielle and of course - Lizette. 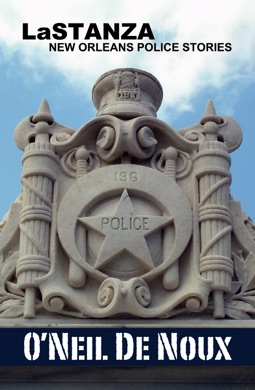 Women float in and out of Lucien’s life, like the seductive brunette who wants him to bodyguard her while she poses for sexy pictures and the cool-hot blond seeking to discover the secret of the red witch living down the street. Murder is often the name of the game in pursuit of the truth. Unfortunately, the truth can be ugly, is often dangerous and usually resides on the loneliest part of town.

Stories exploring the darkest places in the murder capital of America and the dark recesses of the human heart as NOPD Homicide Detective John Raven Beau hunts murderers with ruthless, unrelenting precision.

Stories Illustrating the prime evil faced by police officers in a city described in a local newspaper in the Nineteenth Century as Hell on Earth.

From the autumn of 1887 through the summer of 1891, New Orleans Police Detective Jacques Dugas investigates the most intricate murders cases.

BACKWASH OF THE MILKY WAY

Throwbacks to the pulp stories of off-world exploration and colonization on a dazzling, mysterious, dangerous planet. Four never-before published stories are included with stories that appeared in top SF publications.

Along the backwash of the Milky Way Galaxy lies a sunkist planet Earthlings named Octavion, an emerald green world, streaked with brown deserts and bright blue patches of blue oceans and pale blue-green lakes. Here there be dinosaurs.

“Effect on Men” – finalist for the DERRINGER AWARD for BEST LONG STORY. The DERRINGERS are given annually by the Short Mystery Fiction Society to recognize excellence in short mystery fiction.